Tape
Home›Tape›Cassettes are making a comeback?

Cassettes are making a comeback?

Some people attribute this to nostalgia, others point to Gen Z curiosity, and even stranger things became suspect, but the tapes are making a comeback. We understand perfectly why vinyl aroused interest a few years ago. The sound quality is an improvement over streaming. But the tapes?

The news is a boon for National Audio Company, the only company in the United States that currently manufactures cassettes – or any form of magnetic tape. The company’s sprawling factory in Springfield, Mo., will soon be the only place in the country that makes the tape that goes inside audio cassettes.

Related: Create the ultimate audio and visual experience at concerts 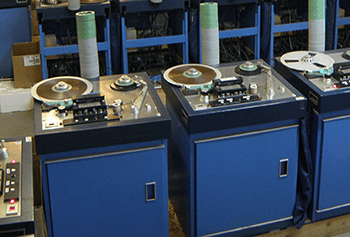 In addition to the tapes themselves, the company prints and labels the cassettes. They produce printing for packaging, including braille labels and postal services. They also produce private label packaged cassettes for several major brands.

The State Board of Administration of Florida ...