Behind the police tape with Foxtel’s CI channel

July 31 marked the start of National Missing Persons Week and, as always, Foxtel’s CI channel is lending its support to the cause.

This month’s list of documentaries kicks off with missing children starting at 7:30 p.m., August 2, and will continue to include shows like Cold Case Killers, killer in my village, moment of proof and Killer United States with Brian Ross.

Media week spoke to Jim Buchanmanaging director of Foxtel’s factual group, about what keeps audiences coming back to true crime and how the genre has evolved.

By its very nature, true crime will always shine a spotlight on some of the worst parts of humanity. As calls for ethical crime grow, Buchan says the CI team is “absolutely” aware of presenting the stories of victims with respect.

“There absolutely can be no glorification of crime. If something is a little too intense, we ask questions. How and why did this happen? The tone of the message of these programs is of paramount importance to us, it is something that we follow very carefully.

“True crime is nothing new, it’s a staple genre in literature and film. It’s just a matter of making sure it’s framed correctly.

Buchan was one of the people who helped launch CI, which first went on the airwaves on January 1, 2005. Looking back, Buchan says the creation of the channel was originally due to an overflow of content for the hugely popular History Channel. .

“A&E Networks had a lot of content that we couldn’t get on the History Channel, and there was this growing need to adapt it. We came up with the idea of ​​a true 24 hour crime channel – it’s actually something we pitched to A+E Networks. They wanted to call it i24, but we insisted on having “crime” in the title.

While Buchan says he had concerns about content search when CI first launched, the years since have shown he has nothing to worry about.

“There was a big challenge in my mind: is there enough content crime in the world to populate this channel? I remember going to the markets and looking around, this just wasn’t as plentiful as it is today. But I needn’t have worried, as the number of documented crimes is pretty incredible. It’s only grown since.” 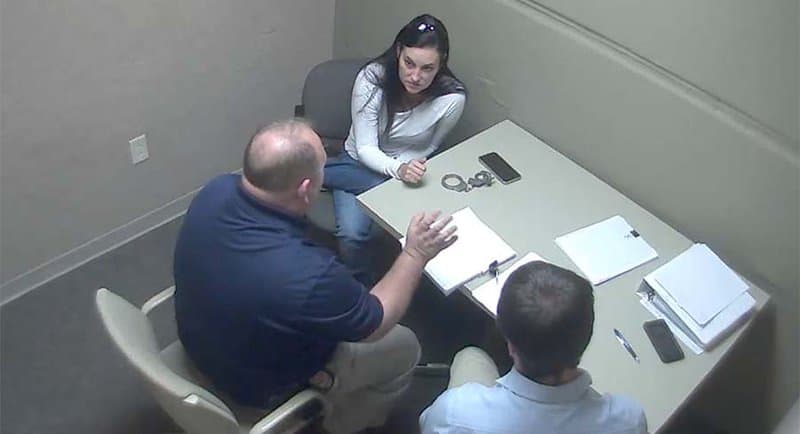 In 2005, people were happily layering their polo shirts and wearing dresses over jeans, though those aren’t the only trends that have come and gone since. In the 17 years since CI’s launch, Buchan says the real crime landscape has seen major changes.

“The proliferation of tabloid crime has been interesting to watch grow. Blue-light cop shows are a staple, but they’ve expanded. I think the advent of dash cams and body cams has allowed for more immersive examples of shows where you have that access.

“Crime shows used to be very self-contained, but with podcasts they go slow. I think audiences like to be guided on these thrilling rides of stories. They become fascinated with detail. Before, it was very important to have a final program, but this is not always the case today.

One thing that hasn’t changed over time is that CI’s audience is definitely shifting towards older female viewers, which Buchan says he didn’t initially expect.

“I don’t want too many gender stereotypes, but you think it’s about violence, so it’s probably more of a male thing. It’s not about violence per se – it’s about all the impulses that lead to crime and consequences that tend to appeal to the female population. Beyond genre, there’s definitely a real psychographic component to our target audience of true criminals and they’re very loyal to our offering. »

With National Missing Persons Week underway for 2022, Buchan says the channel’s programming is all about doing what they can to help ongoing investigations. In 2021, over 53,000 people were reported missing in Australia and although disappearance is not a crime, it is important to determine the reasons for many of these cases and many cases are solved through better community understanding of the problem.

“missing children is a very good series. We have The disappearance of Shannon Matthewsabout a mother who organized the kidnapping of her daughter, so that she could collect the ransom. Anything we can do to raise awareness for missing persons during this week, we will do..”

Throughout the year, however, programming boils down to the changing interests of audiences throughout the day.

“The calendar will generally revolve around time slots which tend to work well. Early evening is more of those blue light reality shows like Cops and Yard camera. Next, we move on to this prime-time docu-drama, which is a CI staple. It really fascinates the public. And whenever we can deliver local stories, we certainly will.

Local stories are at the heart of the CI team’s concerns, with Buchan saying the future holds more Australian true crime stories – as there are certainly many that have gone untold.

“There are key ingredients that fascinate the world about Australia – anything that includes backpackers or the Outback travels internationally as it sounds quite exotic to foreign audiences. But everything local works very, very well, and we’ve had great success. In fact, we won the Logie with Ron Iddles: The Good Cop in 2019 – a series imitated since.

“In general, we are always looking for captivating and slightly different stories. We’re just going to keep our eyes peeled for new formats that are going to work for us and maintain the ones that already do.