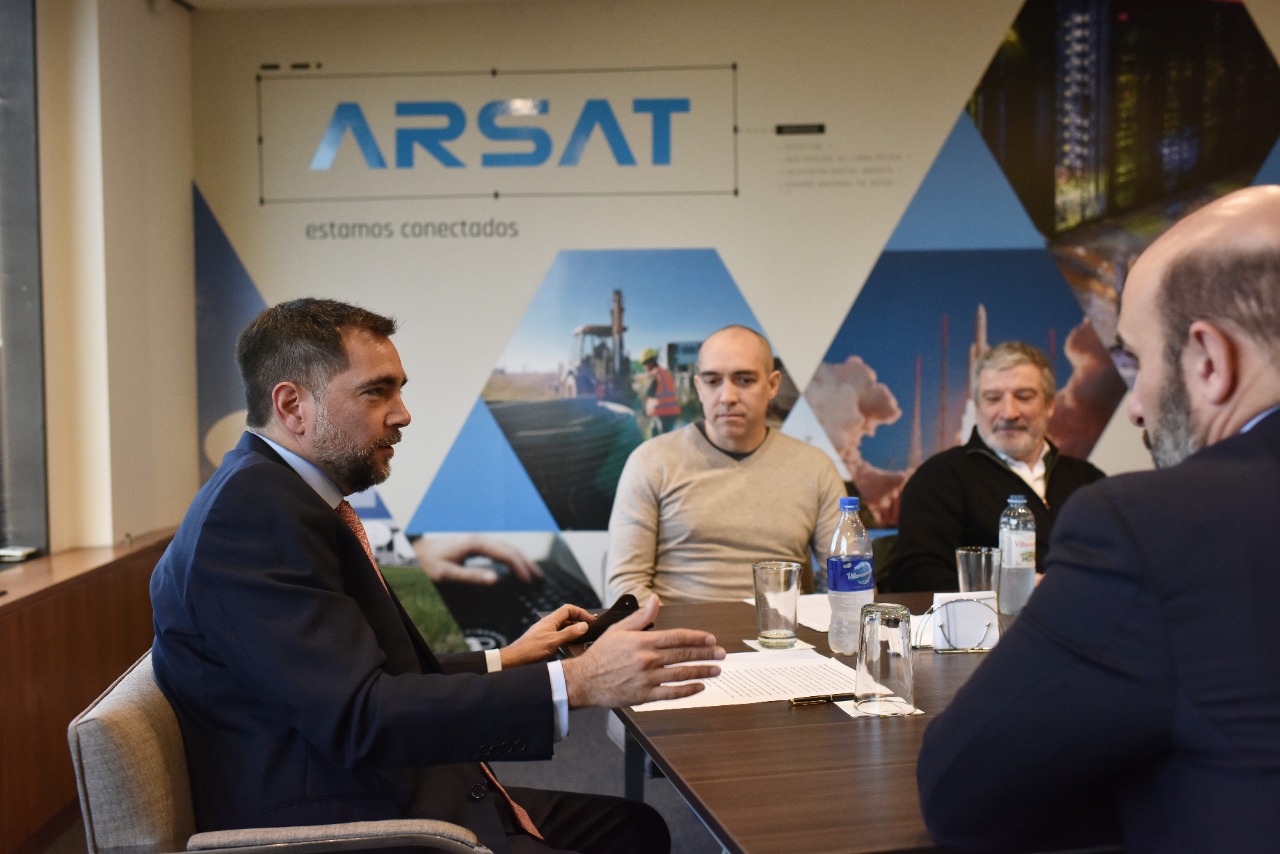 This is an automatic translation of the original Arsat version published in Spanish.

At the meeting held on Thursday, August 11, the decision was made to appoint Leal as President and at the same time Guillermo Rus was confirmed in his role as Vice President, a position he has held since the beginning of the current management.

This decision reaffirms the course of the company throughout the management of the current government.

The Board of Directors is thus composed of three historical experts of the company: Facundo Leal, Guillermo Rus and Marcelo Tesoro. it is completed by the previously named Soledad Gonnet and the entry of Alejandro Persano.

Leal expressed himself as follows at the end of the Council meeting: “The decision of the Government honors us and gives us the responsibility and the challenge to continue the role of ARSAT. We are part of the select group of countries that produce satellites. We have developed and launched one of the largest fiber optic networks to generate connectivity and digital inclusion. We also have a model data center and we are in charge of operating Digital Terrestrial Television and Satellite Television, which federalizes access to content.

Valuing once again the work team and the management project, the recently appointed president of the company added: “This team has decided to give itself new objectives. Together with the Ministry of Education, we are designing a connectivity plan for schools. This week we delivered Internet and TV connectivity kits to the Tigris Islands. A pending task in the company of Malena Galmarini and with the support of Sergio Massa, who is a constant promoter of the ARSAT project, of the knowledge economy and of the development of technologies and telecommunications. Since the beginning of the administration of President Alberto Fernández, we have restored the role of the company, the one imagined by Néstor and Cristina, and we have expanded its functions and its transformative role in the scenario of connectivity and infrastructures of our country. He continued: “We are increasing the capacity of REFEFO, we have reached agreements with private parties to increase the scope of investment agreements. We are also improving interaction with players in the sector, to optimize connectivity throughout the national territory. I would also like to highlight the teamwork carried out with ENACOM, which has enabled us to move forward at a rapid and sustained pace.

Finally, Facundo Leal again expressed his attachment to the company’s project and declared: “I repeat, the decision honors us, challenges us and obliges us to work to achieve the objectives that have been indicated to us and to bring ideas that broaden the horizon of our task. .”

To keep reading, subscribe to BNamericas to get all the information in this article and access related news and reports.